This blog was started in 2004 but it quite inactive for more than 3 years on Google blogger platform and it was restarted with different domain name[umain30.com] which was running in self-hosted WordPress.This blog is trying to find out the marketing problems and tutorials of blogging and e-marketing technology with real-time updates for e-entrepreneurs. This blog has again come to the blogger platform to circulate the modern blogging technology for the newbie as well as experienced bloggers. and finally again comes to the self-hosted WordPress platform. 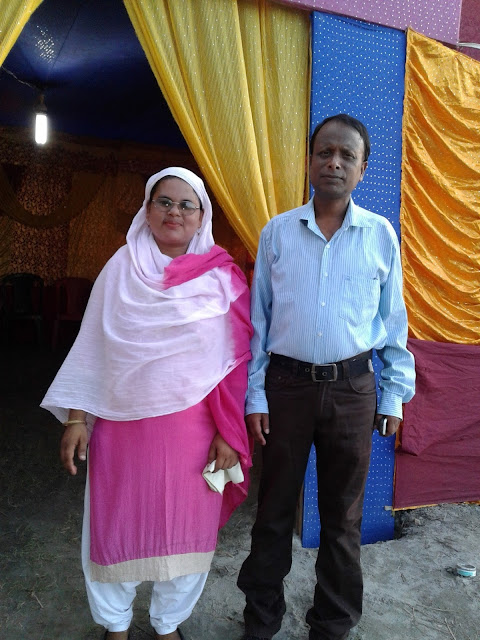 Main Uddin was born on 7th July 1977 at Barbhitha, Barpeta, Assam, India. He has come from a middle-class joint family. He is the 2nd son and 3rd child of his parents.

Main Uddin has started his education in his own village.

He has completed B.Sc.B.Ed, B.Th, PGDCA, MBA but could n’t complete the LLB due to work-loads of his carrier.

Main Uddin has started his professional life as a teacher in Majrabari Nowapara High school, Bongaigaon, Assam but he stayed there only 7 months.Later he was shifted to Guwahati and has joined the IPCR Mission school and he stayed there 2 and half year then he shifted to Nijrapar Government High school but the stayed there only six months. Later He has joined the Hindustan Lever Limited (now Hindustan Unilever Limited )as first-line manager in sales department.Thereafter he has been appointed as Sales team manager in Tata Motors Limited and he has worked there 2 years but he has resigned due to some personal problems(it is heard that he was transferred to Jajjar, Hariyana but not confirmed). After that, he was joined Lohia Auto Industries Limited as an AGM but he has stayed there only 3 months. After that he has joined the Ankur drinks & equipment private limited as General Manager and he has stated that position 12 months. Later he has resigned from Ankur drinks and opened his own company as Norman marketing way private limited. He was selected as the lifetime Managing Director of the company. After one year he has open another company named as Focus A-Z Entertainment Private Limited and he was selected Managing Director cum Chief Executive Officer of the company but he has created another post to handle the company as channel partner and it was given to his wife Ms Shazida Khatun. Newest venture is Indilens News Portal which is started with 35 reporters.

One thought on “About”